Since the mid-2000s, vinyl records have seen a huge resurgence among music lovers, all but pushing CD sales to the wayside. It's not surprising that music's biggest fans enjoy vinyl—from the bigger art to the warmer sound, vinyl offers a more personal experience with the music we love. And the single best way to get the most out of owning your favorite albums on vinyl is to have a great record player that can keep up with your growing record collection. 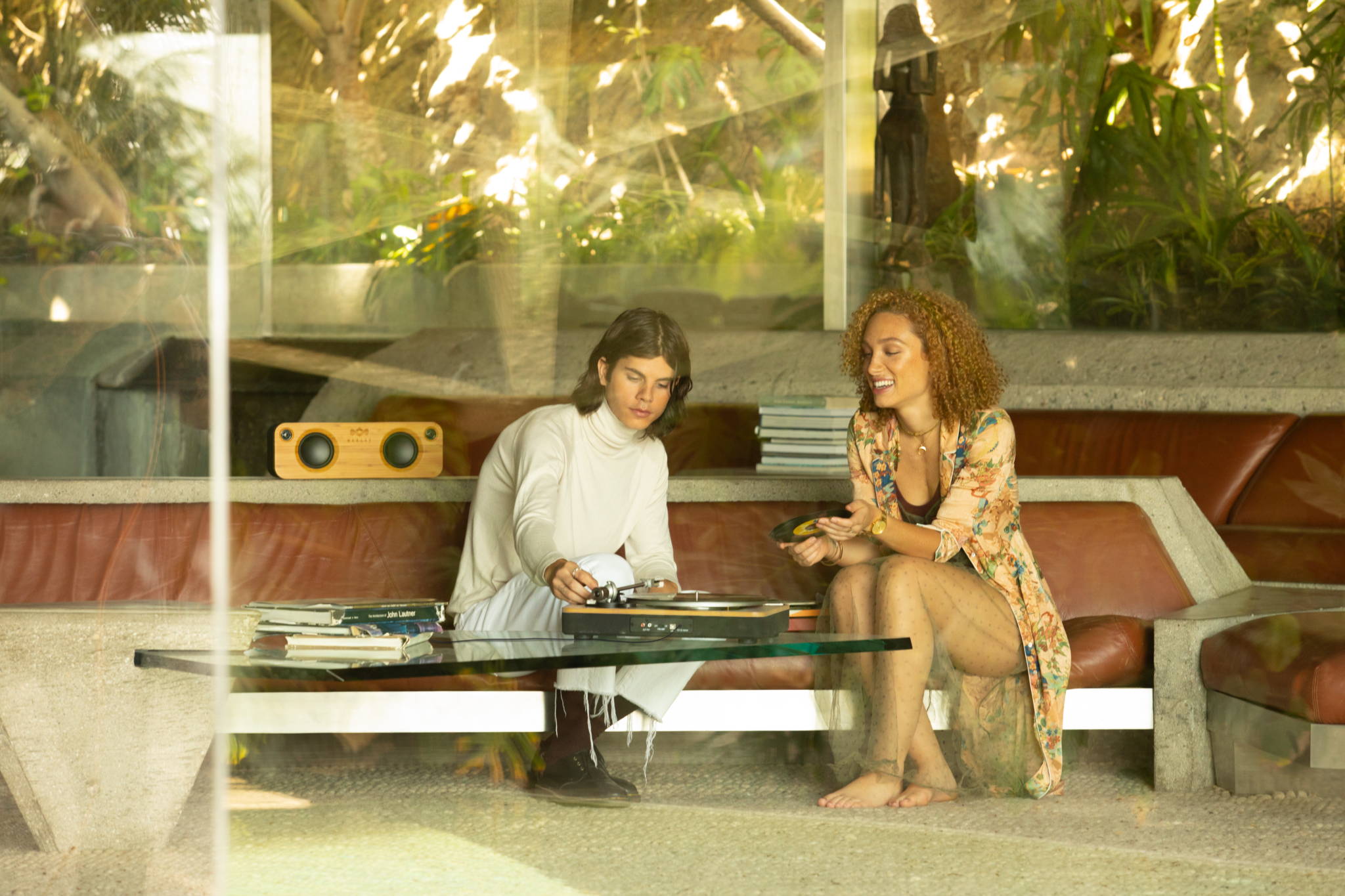 Since the mid-2000s, vinyl records have seen a huge resurgence among music lovers, all but pushing CD sales to the wayside. It's not surprising that music's biggest fans enjoy vinyl—from the bigger art to the warmer sound, vinyl offers a more personal experience with the music we love. And the single best way to get the most out of owning your favorite albums on vinyl is to have a great record player that can keep up with your growing record collection.

How Do I Choose a Good Record Player?

In this guide, we'll answer some common questions and walk you through the ins and outs of buying the best record player for you.

Is a Record Player a Good Investment?

A record player can be a great investment. Like a classic car or vintage guitar, a high-quality record player that's properly maintained can last for years and can even be passed down through generations. Some parts will need to be swapped out, such as needle cartridges, and you may have to make adjustments here and there, but that's to be expected with any record player.

How Much Does a Record Player Cost?

The price of record players ranges from as little as £50 to thousands of pounds, and in general, you get what you pay for in terms of quality. That said, a few hundred pounds should get you a quality record player that you can be happy with for a number of years.

What Should I Look for In a Record Player?

With such a wide range of price points available, it’s no surprise that not all record players are created equal. Even though most record players share similar parts, there are models available with many different features and components. If you keep the following tips in mind, you’ll be able to find a record player that you’ll be happy with for years to come.

Another big concern with built-in speakers is that the vibrations from the speakers can cause the record to skip, so they’re not even ideal from a portability standpoint. If portability is important, it’s a much better idea to look for a record player that can connect to Bluetooth speakers rather than one that has speakers built-in.

One final downside of built-in speakers is that the sound from the speakers can be picked up by the cartridge, especially at louder volumes. That will make your audio muddy and less clear regardless of the quality of the built-in speakers. 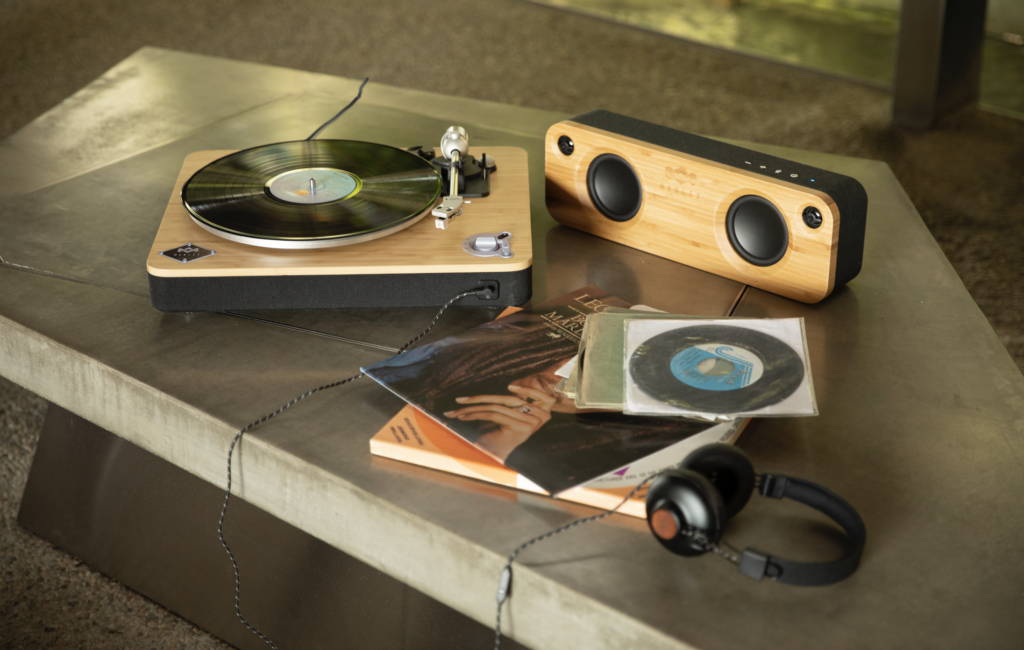 Instead, look for a record player that’s designed to work exclusively with external speakers via RCA outputs. If you want to be able to use your Bluetooth speakers, find a wireless record player that can accommodate that, or you’ll have to rely on using an external Bluetooth adapter.

If you’re looking for an all-in-one speaker solution, check out our Get Together Duo Bluetooth speakers. They support both RCA and Bluetooth connectivity and you can take the rechargeable right speaker with you, so your music can go wherever you go.

With our Stir it Up record players we use a DC servo-controlled motor because it’s robust, stable and holds up over time. Not all record players use equally powerful motors. Vinyl records come in a variety of weights, and some lesser-quality record players simply can’t handle heavier records, causing them to spin too slowly.

Don’t buy a record player that lacks an adjustable counterweight on the tonearm to prevent skipping. Over the decades, crafty music fans have taken to placing a nickel on top of their tonearm to make up for not having a counterweight. This solves the skipping problem in the short term, but the lack of control can damage your records in the long run.

It’s important to set a reasonable budget for your record player. After all, you can get a record player for as little as £50, but odds are it won’t sound great and you’ll need to upgrade in a few years.

Plus, cheaper record players will always include cheaper components—including cartridges. Inexpensive cartridges that are poorly manufactured can damage your vinyl. These less expensive record players will also likely lack a counterweight to precisely control the force between the stylus (needle) and the record grooves. Too much force can damage the grooves, and too little force can allow skipping, which can lead to damage as well.

You can typically find a record player that can grow with you in the £200-£300 range, and if that means saving up for a few extra months, we highly recommend doing so.

One of the things we love about record players is that they give us a more physical connection to our music. Part of that is placing the needle on the record and flipping the record over. Being active and present in a world where it’s so easy to be distracted is a nice change of pace.

That being said, a little automation is nice in a record player, and it can prolong the life of your needle. Our Stir it Up turntables feature automation so that when the record is over the motor stops. If your record player lacks at least this automation, your needle will keep swishing at the end of the record, which can wear down your needle more quickly.

Historically, record players have been centerpieces of the home. Many were thoughtfully designed, and some were even built into furniture sets! We believe your record player should match your aesthetic and personality as much as any other piece of furniture you bring into your home.

Our Stir it Up record players are a great match for those who favor a natural, minimalistic aesthetic and strive to use sustainable materials. For example, we use solid bamboo, recycled plastic and recyclable aluminum for a sleek and environmentally-friendly design.

What do I Need to Buy for a Record Player? 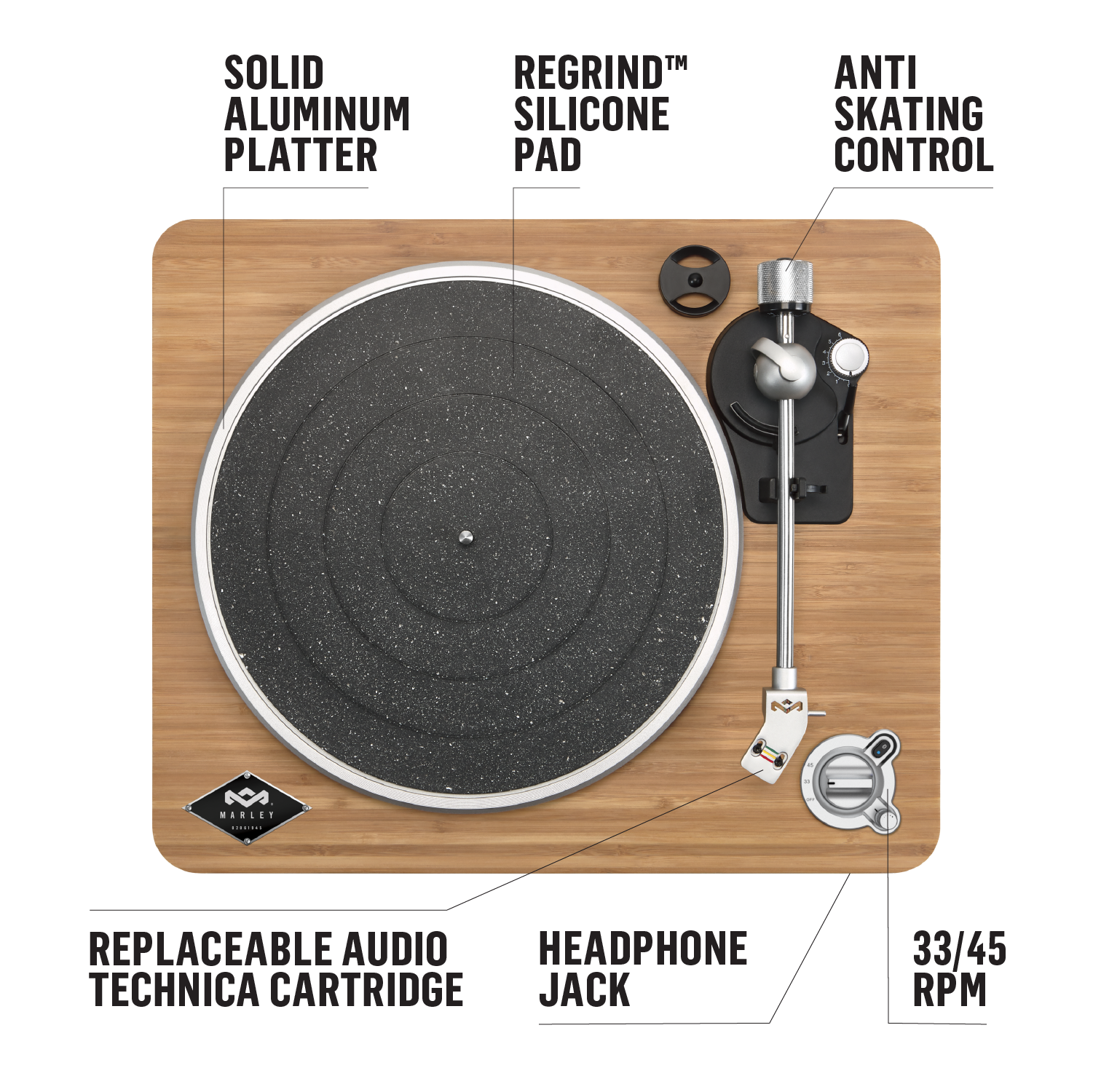 If you buy a brand new record player, it should come with most of the things you need to get started. If you’re buying used, you might need to pick up a few things. Regardless, here are the accessories you’ll want to make sure you have with your record player:

Are you ready to buy a record player that produces great sound, looks beautiful and is made from sustainable resources? Check out our Stir it Up record players.